Stir-Fried and not Shaken

Chicken curry, fish head curry, mutton curry and etc... I believe most of you have eaten at least one of these curries before but have you heard of or even tried flying fox curry before? No, I have not and I wonder how it tastes.
Terry Tan has eaten this special delicacy in the 1950s and it was prepared by his granny. In his book Stir-fried and not shaken / Terry Tan (ISBN: 9789810807054), Terry takes us through his historic journey from the 1940s to the 1970s in Singapore. Besides offering an insight into Singapore's history during that period, he also relates to us many funny and interesting moments (such as why an old Ford is called a Lau Pok Car*), some of which I will highlight below.

Stir-fried and not Shaken

1. Green Spot & Thye Hong Biscuits
Green Spot is a non-carbonated orange flavoured soft drink. It was a favourite drink of many people then and Terry and his classmates brought the drinks along during an excursion to the Thye Hong Biscuits factory to understand how the biscuits were made. 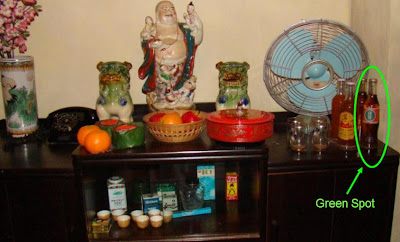 Green Spot (Picture taken at the Images of Singapore in Sentosa) 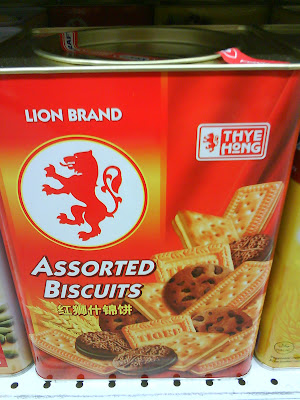 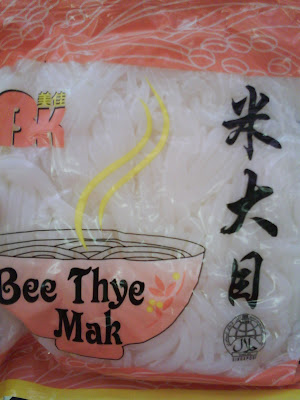 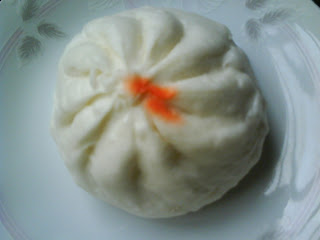 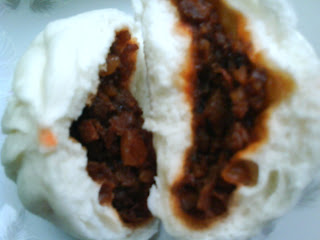 4. Spittoons (Large)
As punishment, Terry and his siblings were made to stand on a chair and balance a large spittoon containing urine on their heads! ;p 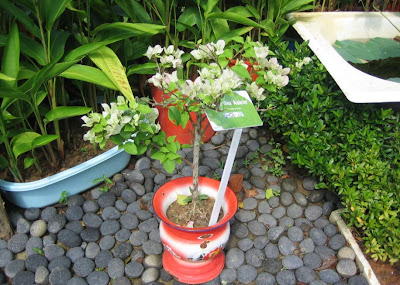 A large spittoon which is creatively used as a flower pot!
(Picture taken at the Hort Park)

5. Toothpaste
Terry's mother collected the top layer of grey wood ash and used it as toothpaste! 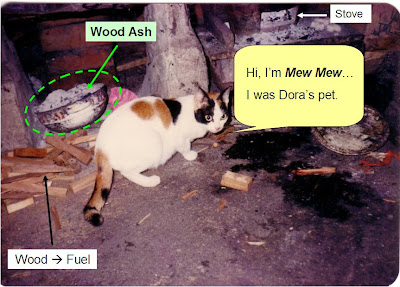 Wood ash collected in a pot placed under a stove.
(Picture taken in Lim Chu Kang in 1988)

This was an interesting read Dora. Thanks for sharing....
I love to eat Char Siew Baos...Must not risk coming to your blog before I eat my lunch...:)

Have a great Monday!

I just cooked Bee Tai Mak for my family yesterday, I didn't know about it being served during nonya weddind.
The green spot sure bring back memories of the olden days! now no more glass bottle!

wow thanks for sharing! :)

i don't think i can stomach a flying fox.

I have never tried a flying fox, wonder how it tastes.

Terry Tan was the well-known cook in Singapore?

Very interesting. Thanks for sharing.

Cookies and milk would be a great snack about now! Yummy.

Of course I love the cat, lol !
and the laughing Budda in the first picture !

I thought Green Spot is also some kind of game you play by stepping one another's foot...heee heee

Wonderful taken care of traditions and way of life, in an not so far past.
We tend to forget so quickly, and loosing our past prevents us from understanding our presence.

The old wood ash way of cleaning or making soap has also recently been used in Norway as well as in America.
My grandmother used wood ash to make lye, a strong way of cleaning.
Must have given both white teeth and soar gum.
From Felisol

I love those cans with assorted biscuits in them! Happy RT! :)

IS fox even edible ? I have never had those curry's but have had yellow curry--the Headlight on the VW does look like an eye

I love to read but I'm afraid my stomach will not handle the one. Just reading the excerpts turns it.

I like that you remember the customs from the past. Our ancestors had great ideas that we would do well to remember. I like the meat pies (no poison for me, though!). And in the USA, a terrible car is often referred to as a 'Pig', not as a compliment. The 'pork' car sounds a little nicer...

Nice shots! I haven't had those bbq meat buns in forever, I should go get me one ;)

I love reading about the wedding customs! And I'm very glad that toothpaste has advanced!

Great read Dora, very interesting. I also love curry but it's the first time I heard of flying fox curry, I don't think I'd have the guts to try it.

Mine are here and here.

You always share the most interesting (and tasty) things. Thanks for visiting my Ruby Tuesday at Small Reflections.
Hugs and blessings, 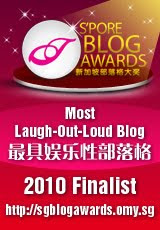